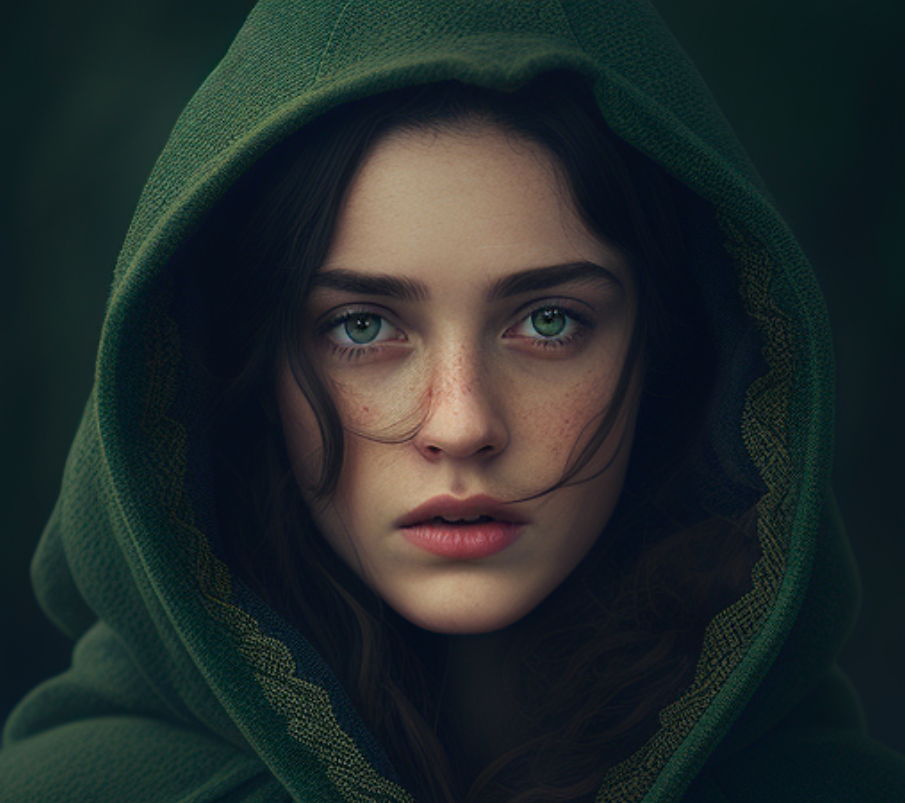 In the ancient land of Eire, there is a legend of a holy woman known as today as Saint Bridgid. She was a woman of great beauty and wisdom, and it is said that she was blessed with the gift of healing and prophecy.

Saint Bridgid was born into a noble family, but she felt a calling to serve the poor and the sick. She founded a monastery in the land of Kildare, where she and her nuns cared for the needy and tended to the sick. The monastery soon became a center of learning and spirituality, and many people came from far and wide to seek her counsel and guidance.

One of the most famous stories about Saint Bridgid tells of how she used her healing powers to cure a nobleman's son of a terrible illness. The grateful father offered her a large tract of land, but she refused, saying that she only desired to serve the Lord. The nobleman then asked her to at least take a small parcel of land to build a church upon. Saint Bridgid agreed, and on that spot she built a church dedicated to the Holy Trinity, which is still standing today.

Saint Bridgid was also known for her great kindness and compassion. It is said that she once saved a poor family from starvation by multiplying a small amount of food to feed them. This act of charity was seen as a miracle and she became a symbol of the power of love and generosity.

In the centuries that followed, Saint Bridgid's name became synonymous with grace and mercy. Her monastery at Kildare was a renowned center of learning and spirituality, and many other monasteries and convents were founded in her honor.

Today, Saint Bridgid is still remembered and revered as a powerful symbol of faith, charity and compassion. Her legend continues to inspire people of all ages and from all walks of life. Her monastery in Kildare is still a place of pilgrimage and her feast day is celebrated on February 1st.

The legend of Saint Bridgid is a shining example of the power of love and compassion to inspire and heal. Her legacy continues to be an inspiration to those who seek to serve others and to live a life of faith and devotion.