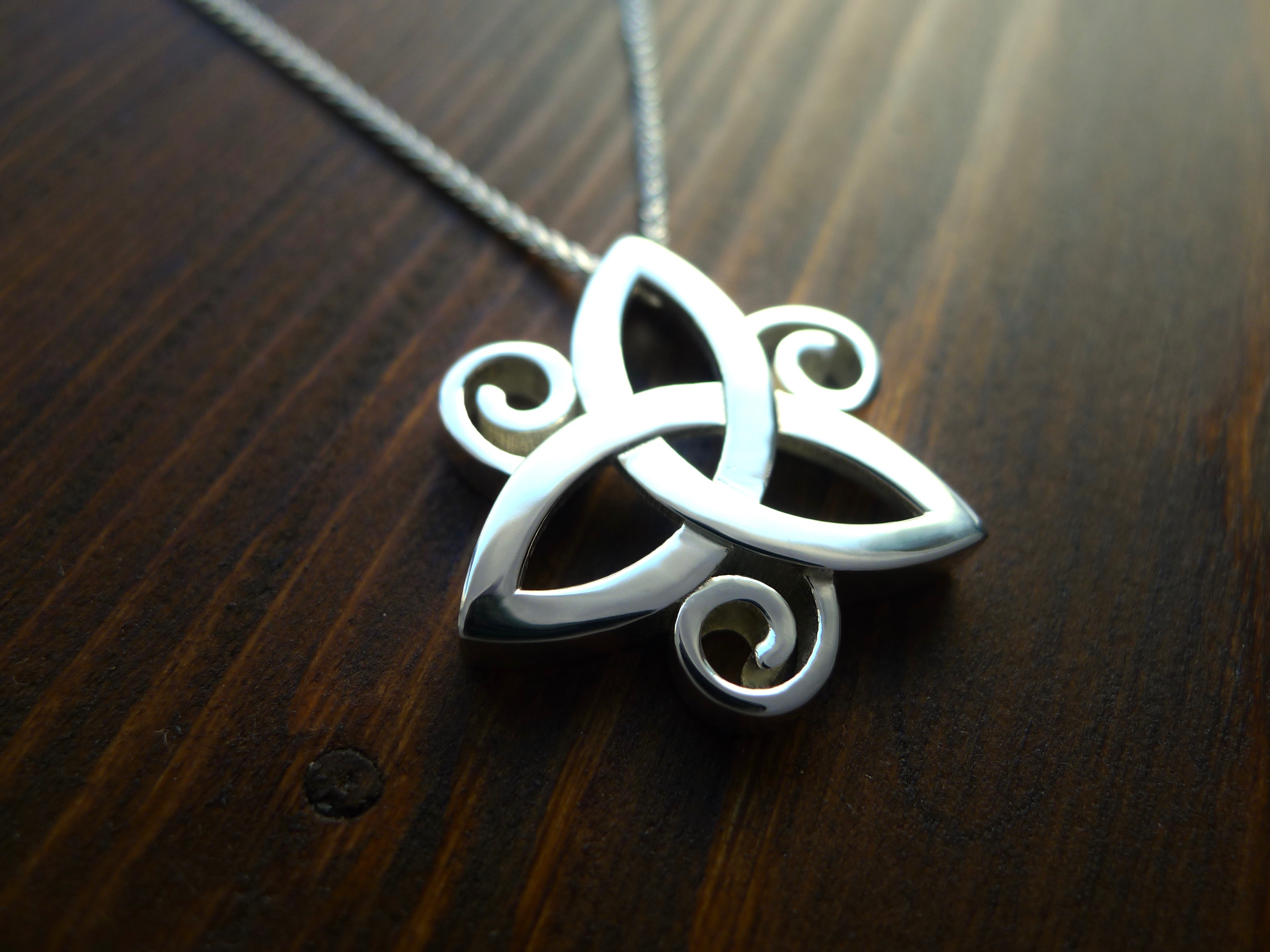 The Triquetra, also known as the Celtic trinity knot, is a timeless symbol that has been used throughout history by the ancient Celts.

The origins of the Triquetra can be traced back to the Celtic people, who lived in what is now Ireland, Scotland, and Wales. The Celts were a spiritual people who believed in the power of nature and the interconnectedness of all things. They used symbols such as the Triquetra to express their beliefs and connect with the spiritual world.

In the Middle Ages, the Triquetra was adopted by Christian monks as a symbol of the Holy Trinity. It was used in illuminated manuscripts and carved into stone in monasteries and churches. Today, the Triquetra is still a popular symbol in Christian art and Irish jewellery.

The Triquetra has also been adopted by modern Pagans and Wiccans as a symbol of the Triple Goddess, representing the maiden - innocence, mother - creativity, and crone- wisdom aspects of the female divine.

The Triquetra is a powerful and meaningful symbol with a rich history that spans thousands of years. It is a symbol of the interconnectedness of all things, and it is a reminder of the importance of embracing the spiritual world. Whether you are drawn to its ancient Celtic roots or its modern religious significance, the Triquetra is a symbol that will always hold a special place in the hearts of those who appreciate its aesthetic and meaning.